In the section "Archives introduce themselves" we present the various data providers of Archivportal-D and link to their holdings. We are pleased that the Handschriftenarchiv Dresdner Kreuzchor is included! 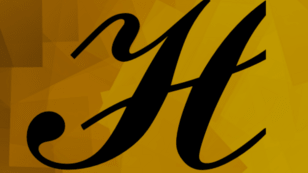 As a world-famous choir, the Dresdner Kreuzchor is also one of the oldest boys' choirs in the world. In the last century, it was still indispensable for the choir to reproduce sheet music by hand. Copiers did not exist, contemporary copying methods were still quite cost-intensive in some cases, and ordering sheet music could sometimes result in long waiting times and was not really an option in the period after the Second World War.

Even today, the Kreuzchor has a music library, in which a music librarian and several council descantists - Crucians who also work here. Only today you can find mostly printed, published or copied sheet music. The old Crucian copies - especially from the late 1940s to the 1970s - were relegated to the attic of the choir's premises for several decades, before in 2013, through volunteer work, the treasures forgotten there were recovered. The Dresdner Kreuzchor manuscript archive was founded. Pieces from the time before 1945 have almost not survived, since the buildings of the old Kreuzschule were located in downtown Dresden, which fell victim to a devastating bombing raid on February 13, 1945. 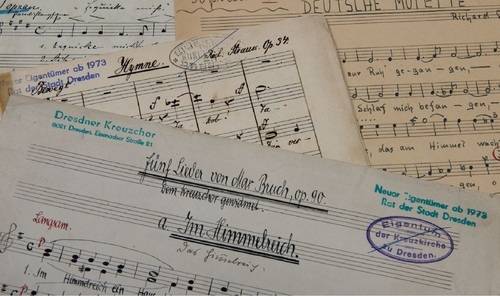 The manuscript archive has more of a project character, especially due to the rather small volume of just 2 linear meters - but the stock is also constantly growing, as old music copies, which were previously still used in the everyday life of the choir, continue to be sorted out. The collection contains a variety of copies of a work - each Crucian made his own copy - as well as transparent tracing templates or copies of handwritten copies developed on photographic paper. 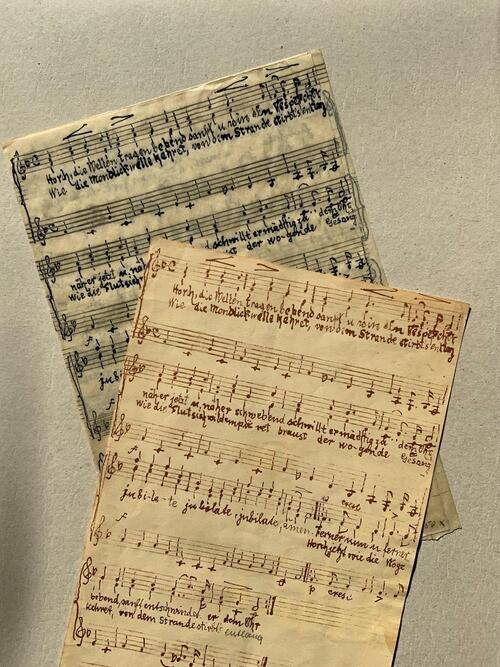 The archive, meanwhile, preserves a piece of the unique culture of European boys' choirs. Many of the works in the archive also still bear the character of the time of their creation, such as pieces by Hanns Eisler to texts by Johannes Robert Becher. However, the main part of the holdings is made up of transcripts and copies from the time of the famous choirmaster and cantor Rudolf Mauersberger: Both compositions by the same, as well as arranged folk songs or liturgical compilations, such as the Christ or also Easter Mass, which are still performed today in the Kreuzkirche in Dresden by the Dresdner Kreuzchor. Of special importance - also for alumni of the choir - are the small abbreviations at the end of handwritten copies, with which the writers immortalized themselves.

Even today, the manuscript archive works only on a voluntary basis as a project of former Crucians.

Additional information as well as online finding aids up to date can be found on the homepage of the Dresdner Kreuzchor manuscript archive: http://archiv.handschriften.bplaced.de/